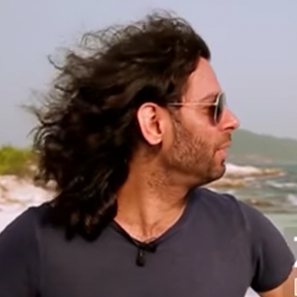 Zak is an Indian filmmaker, whose directing work includes Documentaries, Music videos & TV Commercials. Early in his career he got exposed to the cinema of Kubrick & Bresson. This distinctly diverse viewpoint left an indelible mark. He searched for other such expressions stumbling upon work of such artist as Dali, Andy Warhol, Henri Cartier Bresson, Philip Glass & Helmut Newton.

He started his directing career with an expressionist short film ‘Connected’. Written by him it was the first film to feature extensive use of Time-lapse photography in the country. The film traveled to some of the biggest International Film Festivals including London, San Francisco, Oslo, Florence, Etc. It won the “Golden Conch” for best Debut Short film at The Mumbai International Film Festival for Short & Documentaries.

Zak is well known for his collaborations with some of the biggest brands such as Unilever, ITC, Marico, Wipro, Godrej, Reckitt etc.

Zak considers himself as a visual artist who always challenges himself to communicate the story with the help of strong visuals giving him that distinct edge. Besides directing TV Commercials Zak is currently working on his first feature length script.